CODESYS Git enables the integrated use of the distributed version control system Git™ for all application objects. 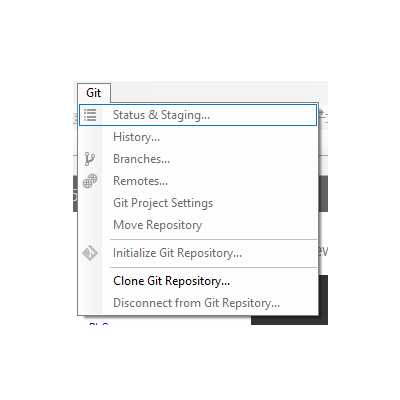 CODESYS Git seamlessly integrates the use of the distributed version control system Git™ into the CODESYS development environment. The functionality of Git is directly available in CODESYS. A local Git installation is not required.

Git™ is a software for distributed version control. Version control is a class of systems responsible for managing changes to documents, programs, and other information stored in files. It involves logging changes to one or a series of files over time so that a specific version can be reverted to later. In software development, version control systems are also used where a team of developers work together on the managed files.

The main tasks of a version control system are:

Distributed version control does not use a central repository. Each developer working on the managed project has their own repository and can synchronize it with any other repository. Version history is also distributed. Changes can be tracked locally without having to connect to a server.

Further information on Git can be found at https://git-scm.com/.

Since CODESYS Git optimally supports ensuring the consistency of CODESYS projects as well as the correct handling of dependencies between CODESYS objects, editing of the stored files outside CODESYS Git should be avoided. This applies in particular to typical Git workflows such as branching and merging.

For general error messages or pre-sales inquiries, please use the "My Question" contact form directly, which can also be used without logging in. A list of alternative support resources can be found in the support section of the CODESYS Group website.